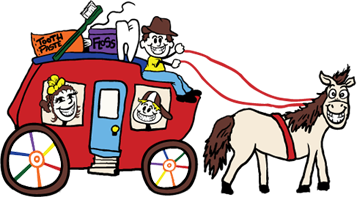 Stagecoach Children’s Dental Center continues to provide excellent dentistry to the children and teenagers of the Magnolia, Tomball and Cypress areas. Our dental staff works hard to ensure that every child enjoys their dental visit by creating a fun atmosphere. By simplifying the scheduling process and patient forms, we also make certain that every parent enjoys their time at our dental office.

At Stagecoach Children’s Dental Center we are all about bringing smiles to kids’ faces, and making certain those smiles remain healthy. Meet the team that makes our dental office in Magnolia so great. 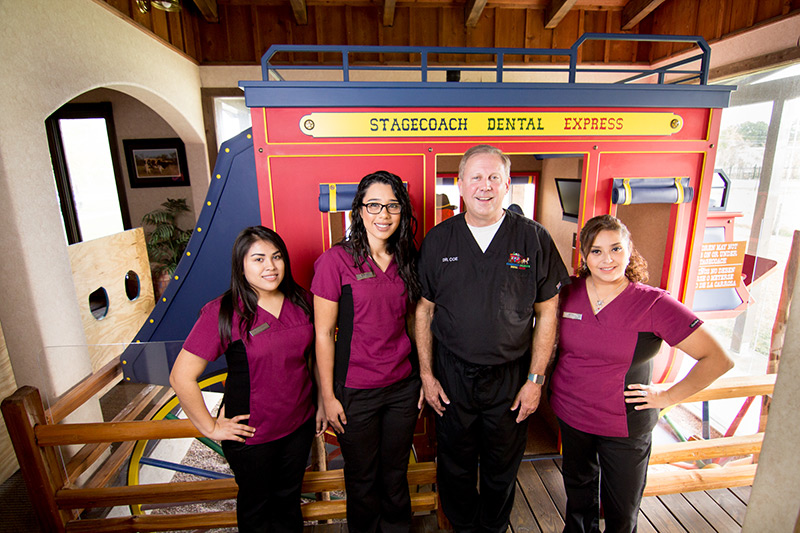 Dr. Keith Coe is a native of Tomball, born at the old hospital once located on Carroll Street. After graduating with honors from Tomball High School in 1982, he attended Southwestern University in Georgetown, TX, receiving his Bachelor of Science degree in Chemistry in 1986. He was then accepted to dental school at the University of Texas Health Science Center in San Antonio and received his Doctor of Dental Science degree in 1990.
During dental school, Dr. Coe joined the Navy Reserves, and then proceeded to San Diego for his first tour of duty after dental school. He was then transferred in 1991 to Okinawa, Japan and spent three years with the Marines on the island. Both of his sons were born while stationed there.

In 1994, he was transferred to Norfolk, Virginia to complete a one-year fellowship in general dentistry. Upon graduating from his fellowship, he reported to the dental clinic in Millington, Tennessee to be their comprehensive dentist. He was accepted into pediatric dental residency at the dental school at the University of Tennessee in 1997 and completed his Certificate of Specialty in 1999. His last tour on active duty in the Navy was spent as the pediatric dentistry department head at the Branch Dental Clinic in Rota, Spain from 1999-2002. After departing active duty, Dr. Coe joined the Naval Reserves once again until his retirement in July 2010, having dedicated 20 years of honorable service to his country. 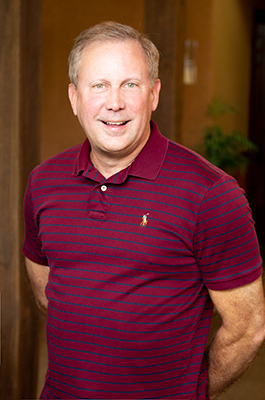 Dr. Coe has been married for 28 years to his wife, Lisa and his two adult sons are Austin and Travis. He is active in his church choir, the Texas Master Chorale, the Lone Star Chapter of Porsche Club of America and enjoys working out in his spare time.

Stagecoach Children’s Dental Center continues to provide excellent dentistry to the children and teenagers of the Magnolia, Tomball, and Cypress areas. Our dental staff works hard to ensure that every child enjoys their dental visit by creating a fun atmosphere. 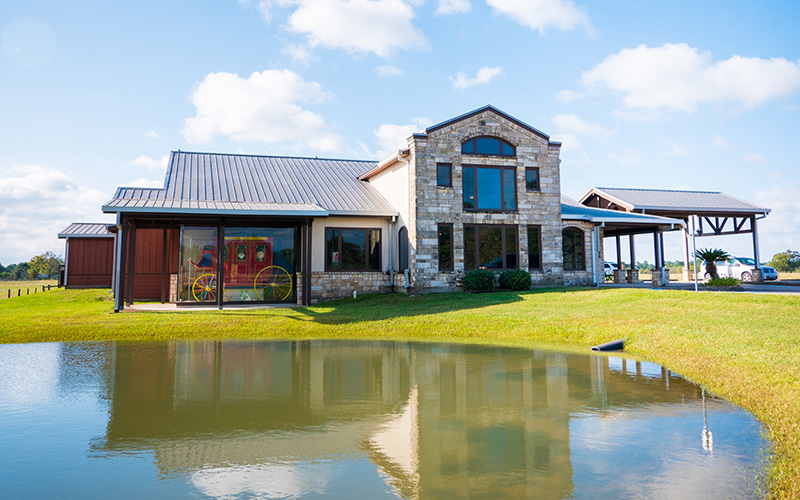